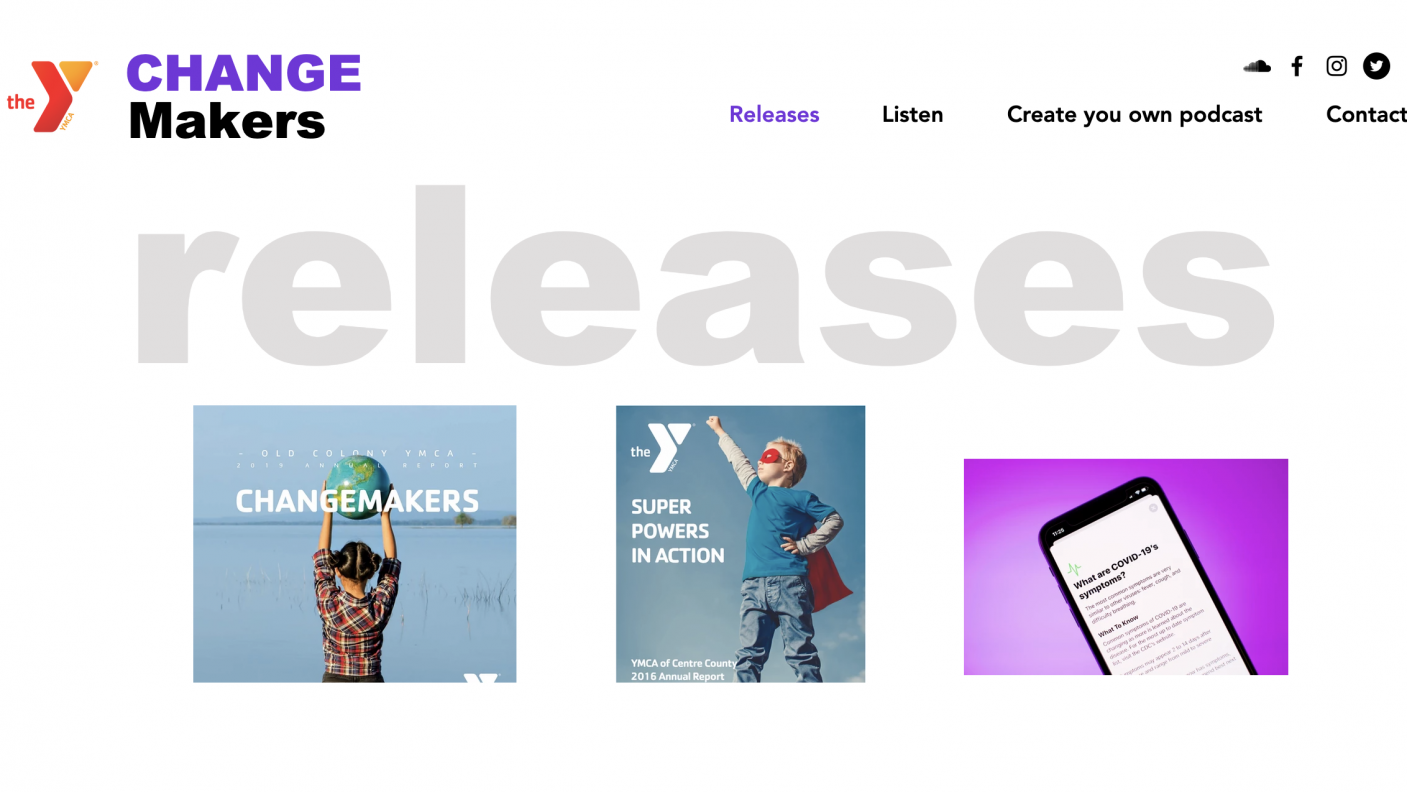 Design for America (DFA) connects students from across their universities to forge communities of changemakers, all collaborating to use their human-centered design skills to solve vexing social problems.  So when the YMCA needed help solving their own issue — how to get more young people involved with the organization’s initiatives and encourage them to be changemakers in their own communities — it was natural for them to turn to DFA.

As fellow DFA teams from Fordham, Michigan State University, University of Texas at Austin, and Washington University at Saint Louis developed their own ideas, the NYU students, with Hardiman serving as team leader, conducted extensive interviews with a wide range of stakeholders at area Ys and discovered several pain points. Among them: potential participants were unaware of the opportunities presented by the Y, the organization’s web presence could be less-than-compelling (and sometimes even confusing), and there was a perceived lack of variety, with too many activities geared to young children rather than teens.

Adding to the problem was the COVID-19 crisis, which hit midway through the challenge — and which made thinking of solutions that could be deployed remotely absolutely essential. Luckily, while the team had enjoyed being together to brainstorm in the early stages of the process, working remotely, as they were later forced to do, ultimately posed no obstacle.

“I am impressed by the team’s resilience and how they reinterpreted the constraints created by COVID-19 in a creative fashion,” Fayard said. “They did not get discouraged and instead selected an idea that could be prototyped even while being remote.”

That idea was a Y-focused podcast. All of them were fans and knew what an engaging and informative medium a podcast could be. By the time of the DFA Virtual Expo, where the Spring 2020 YMCA Changemakers National Project teams showcased their work earlier this month, the podcast idea had taken firm shape. (In fact, the NYU team was the only one to have a working prototype ready to go, thanks in part to Song, who took the lead in developing it as well as a step-by-step guide to using it.)

Kevin Washington, YMCA of the USA President and CEO, kicked off the virtual expo by explaining that the organization hoped, with the teams’ help, to engage “a group of young people who are already inclined to a positive change, understanding what they want to accomplish, and partnering with them to get it done.” Although he was referring to the new users he hoped would be attracted to the Y, that description fit Hardiman, Finkman, Li, Modi, and Nine to a T.

The podcast they outlined to the appreciative audience would feature stories about successful young changemakers and interviews with Y staffers; provide a guide to the resources the Y has to offer; and explain how to participate in the most gratifying, useful ways.

The team created a platform and a step-by-step guide for young people wanting to record their own podcast episode. It’s certain to be a learning experience for any young person looking to make the leap to podcaster, and the DFA NYU members admit they learned a lot as well. “My major is computer engineering, and I’m a typical programmer,” Li said.  “I was very proud of being able to use software tools like Adobe Photoshop and Premiere, but that was until I met my teammates who were experts in design and technology management. Sometimes I felt they were just babysitting me and being generous in calling it group work, but I learned that we all had a specialized part to play, and diverse, multidisciplinary teams produce the best work.”