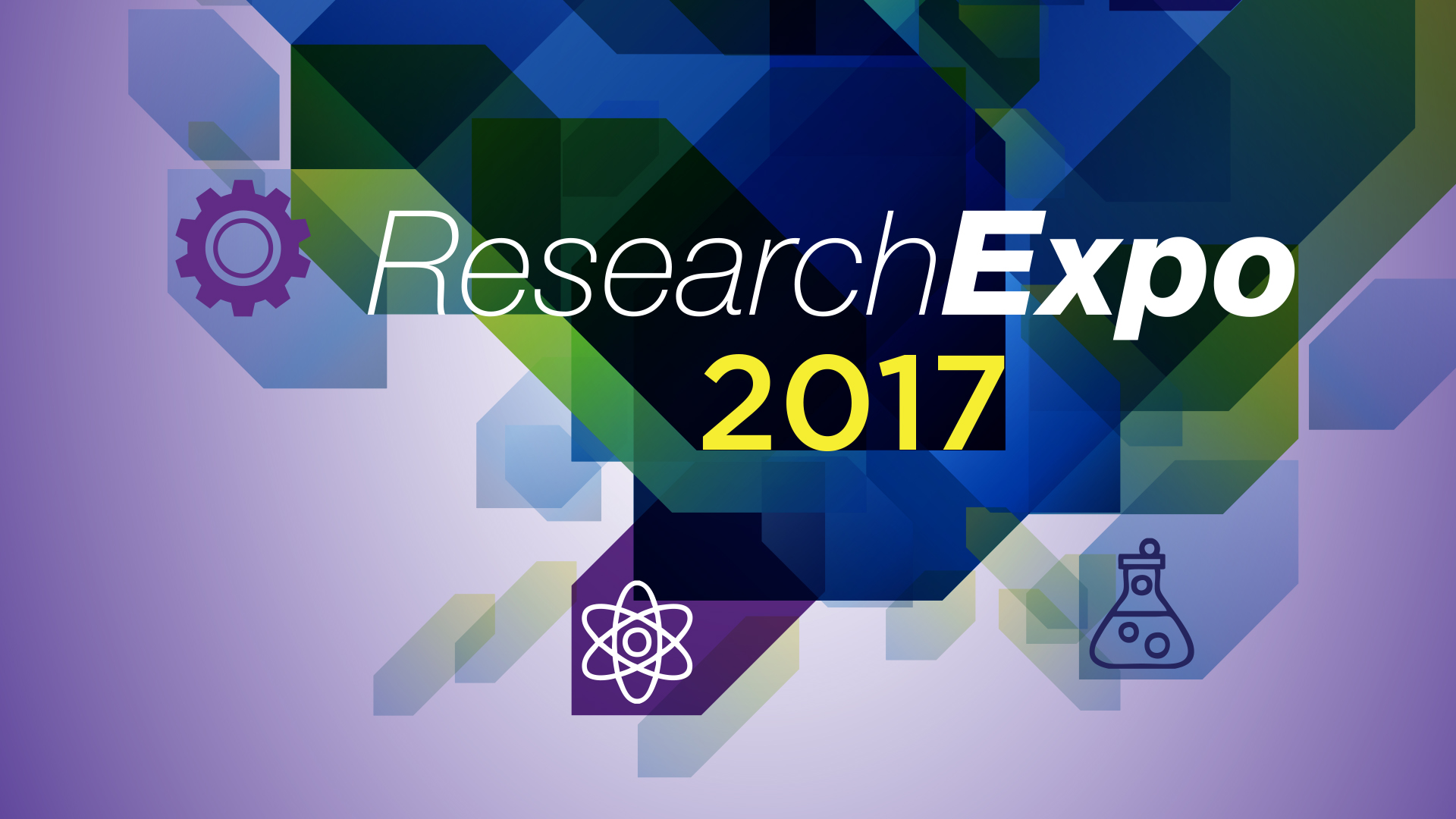 From innovative smartphone apps for healthcare to data-driven models for New York City’s transportation planners, there were almost 70 teams of scientists, engineers, and technologists displaying their work at the NYU Tandon School of Engineering’s 2017 Research Expo. The annual event drew government officials, fellow researchers, public school students and teachers, and scores of Brooklynites who found themselves attracted to the sea of tents putting the Tech into the MetroTech Commons.

Dean Katepalli Sreenivasan offered special praise to the students taking part in the event. “Without you, we would not be here — both literally and figuratively,” he asserted. “Your inquisitive minds are the engines that keep all of us here pursuing the technologies that will help make this a better world. Your professors here are world-class, as evidenced by the incredible projects you have embarked upon under their direction, but remember that just as they inspire you, you, in turn, inspire them.”

Professor Vikram Kapila, one of the organizers of the Expo, spoke to the impact such events can have. “To build public support for university research, it is important that the public gets to see the products of their support — be they new technological products, computing algorithms, or the students who will advance our leadership in science and engineering,” he said. “Moreover, the Expo provides a venue for interested students, faculty, and industry leaders to explore our ongoing research and find opportunities for future collaborations. All in all, the Research Expo is one platform that allows NYU Tandon research to have a broader impact.”

Among the work on display was a project by students Shane Carberry Mogan, Damon Chen, and Cyril Bernardo (and overseen by Professors of Mechanical and Aerospace Engineering Angelo Tafuni and Iskender Sahin), who are assisting NASA in the development of an autonomous submarine that will navigate the liquid hydrocarbon seas of Saturn’s largest moon, Titan. Using their expertise in Computational Fluid Dynamics (CFD), they are advising the space agency on submarine design modifications, navigation techniques, and ideal locations and depths for conducting research. CFD analysis allows NASA engineers to run cost-efficient, time-sensitive simulations of various scenarios, meaning that scientists may soon have a greater understanding of Titan — important because many of its morphologic features are analogous to those of Earth.

In addition to planetary bodies, the human body was the focus of much of the research being shown at the Expo, including a novel way to deliver therapeutic agents via hydrogels and a way of stopping premature labor via an implantable electronic device.

Professor Guido Gerig, who chairs the Department of Computer Science and Engineering, is innovating the field of brain imaging, working with students Heejong Kim and Sungmin Hong to create 4D modeling techniques that will allow clinicians to better monitor disease progression, the efficacy of therapeutic interventions, and rehabilitation efforts for those suffering traumatic brain injury, autism, and Huntington’s disease, among other conditions. Such 4D modeling is essential to understanding the complex dynamics of pathologies, and it enables invaluable analysis of structural pathology and brain connectivity.

Taking second place was Roozbeh Soleymani, a doctoral candidate in electrical engineering who created an innovative algorithmic noise-reduction technologycalled SEDA (Speech Enhancement using Decomposition Approach). SEDA breaks down a speech signal into waveforms that differ not just in frequency (the number of oscillations per second) but in how many oscillations each wave contains, thereby allowing users of cochlear implants and hearing aids to better discern what someone is saying to them in a sometimes cacophonous sea of ambient noise.

For third place, judges recognized a project spearheaded by Professor of Computer Science and Engineering Juliana Freire, who worked with studentsYamuna Krishnamurthy, Sonia Castelo Quispe, Aecio Santos, Kien Pham, and Jorge Piazentin Ono on the U.S. Defense Advanced Research Projects Agency (DARPA)’s Memex program, to develop methods of locating and exploring hard-to-find information on the deep web — the parts of the web not indexed by standard commercial search engines. Memex is aimed, initially, at addressing a key Defense Department mission — fighting human trafficking — but will be used eventually to find difficult-to-discover information on any portion of the web.

Visitors to the Expo also had a chance to meet teams getting ready to compete in a variety of challenges, including the NASA Robotic Mining Competition, which calls upon students to design and build a robot capable of navigating and excavating the rugged terrain of Mars; the Society of Automotive Engineers (SAE) Baja event, which requires students to design and build race-worthy off-road vehicles under a strict set of parameters; the Aero Design Competition, which challenges engineering students to conceive, design, fabricate, and test a radio-controlled aircraft that can take off and land while carrying the maximum cargo; and SpaceX Hyperloop competition, for which the team built a pod meant to speed freight, and eventually passengers, at more than 700 miles an hour through a visionary transportation system conceived by Elon Musk. Alongside them were competitors of another type: entrepreneurial teams taking part in NYU’s InnoVention Competition were in attendance, as well. Add to the mix a selection of student capstone projects and exhibits from the school’s innovative Vertically Integrated Projects program, which allows students to contribute to a large-scale undertaking throughout multiple semesters, and a full panoply of Tandon achievement was on display.

Even the exhibits that looked a lot like fun and games were backed by serious science: Participants in Tandon’s Center for K12 STEM Education were there to demonstrate rudimentary robotic arms, electronic guessing games, and other kid-friendly science projects, for example, with the greater aim of encouraging enthusiasm about STEM in the classroom and giving teachers ways to harness that enthusiasm. (NYU Tandon has made a pledge to educate 500 teachers and positively impact 50,000 public school students throughout New York City by 2025, and it is actively involved in providing new insight into the educational curriculum K12 students will need to become valuable members of the 21st-century workforce.)

The school has been organizing the Expo since 2013, and each year it continues to grow in both size and scope. “Every year, I am amazed,” New York State Assemblyman Joseph Lentol, a staunch booster of both the borough and the school, said in addressing the crowd. “I truly believe that nowhere in the country is so much research of such high caliber being done. The people exhibiting their work here are making Brooklyn the tech capital of the world, and they will always have my support and partnership.”