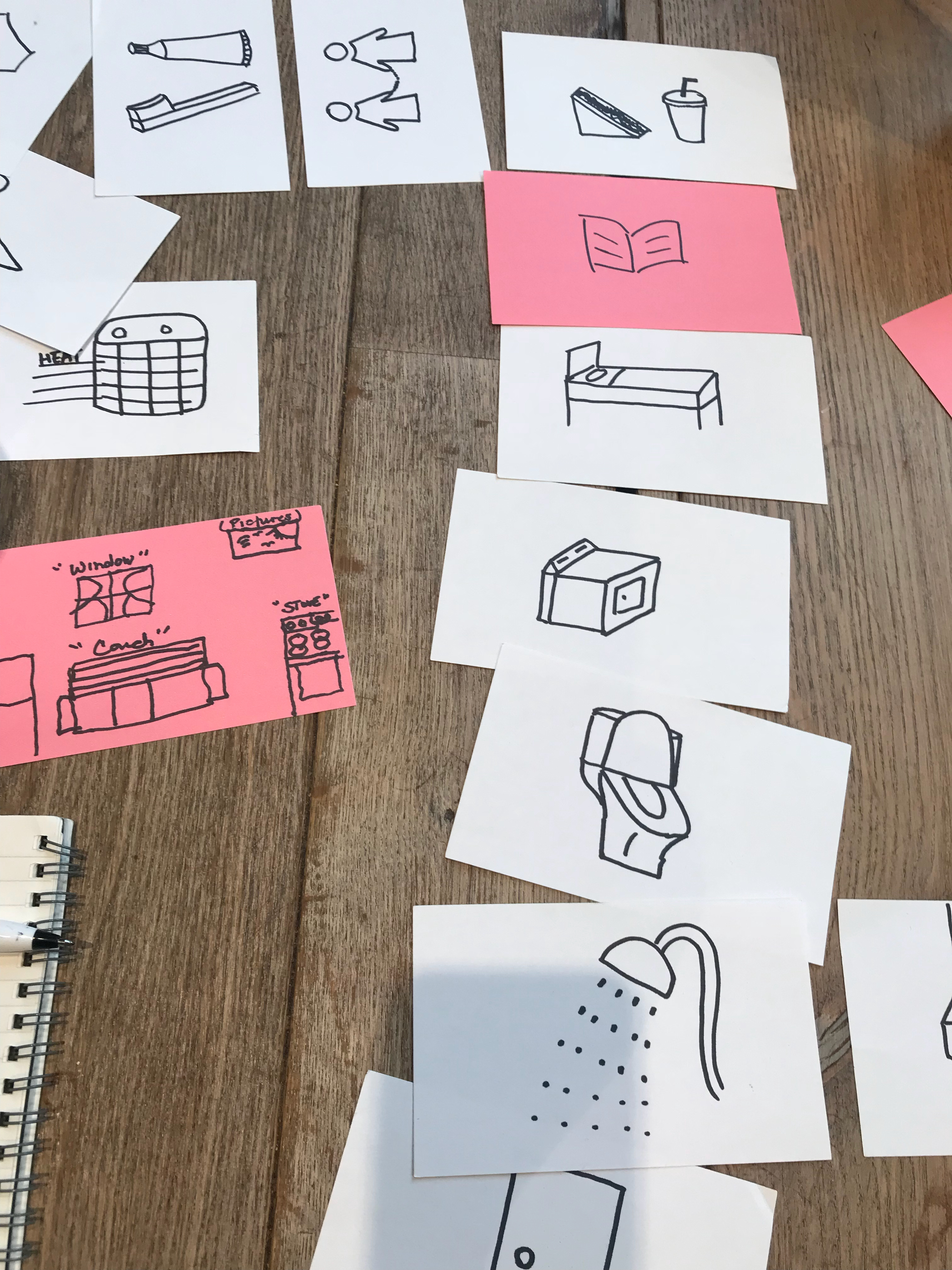 Our project started in September 2017 with the idea to address hygiene issues homeless women face during their menstruation period. We eventually found during our research that  there’s a much greater need for a private, safe space where the women can clean themselves and feel dignified. We therefore developed our opportunity statement into “There is an opportunity to provide homeless women with private space so that they feel a sense of safety and cleanliness.” We engaged with a few homeless women to get their feedback on different types of spaces they might want.

During this prototyping phase, we built relations with a couple of them and learnt that while accessing private space was crucial, another key issue for them was the lack of recognition as human beings: “Thousands of people pass by me every day, but most of them don’t even notice me”, one of the women told us.  At the same time, while telling others about our project, people were often surprised by the relationships we were building with these two women; they were surprised that we discussed books, coursework, and children with them. All this led us to believe that many people did not see those who are living on the streets as fully human.  This made us realized that an important step to implement any changes was to help create awareness around the lives of people living on the street.

Hence, since fall 2018, we’ve working on  a mobile pop-up exhibition to change the public perceptions about homelessness in New York City. Titled “Tabby and Abby’s Journeys,” the exhibition we co-created with two homeless women affords a place to share the perspectives of the women while inviting the public to become aware of their specific individualities – seeing them as persons with feelings and stories rather than “the other” who the public prefers not to see.

Through out the process, we gained many insights, such as the different needs of the diverse types of women on the street, the common wish of the women for a private space, their feeling of “invisibility”and the fact that we should always ready to be surprised and be flexible for changes in the Human-Center Design process. 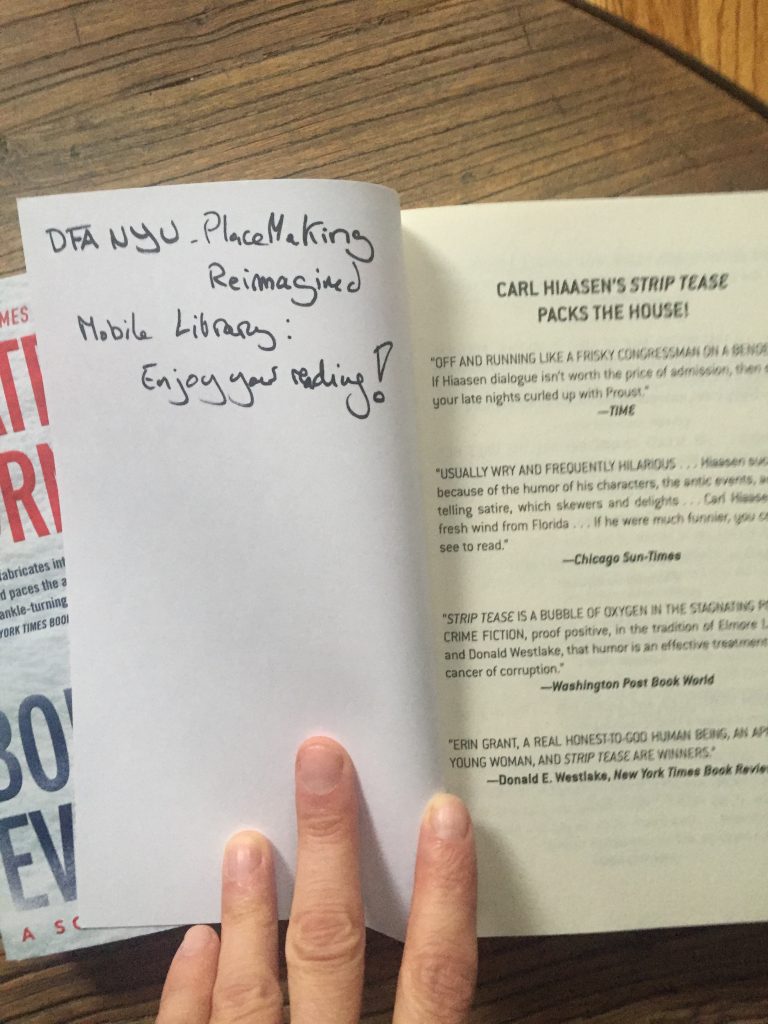 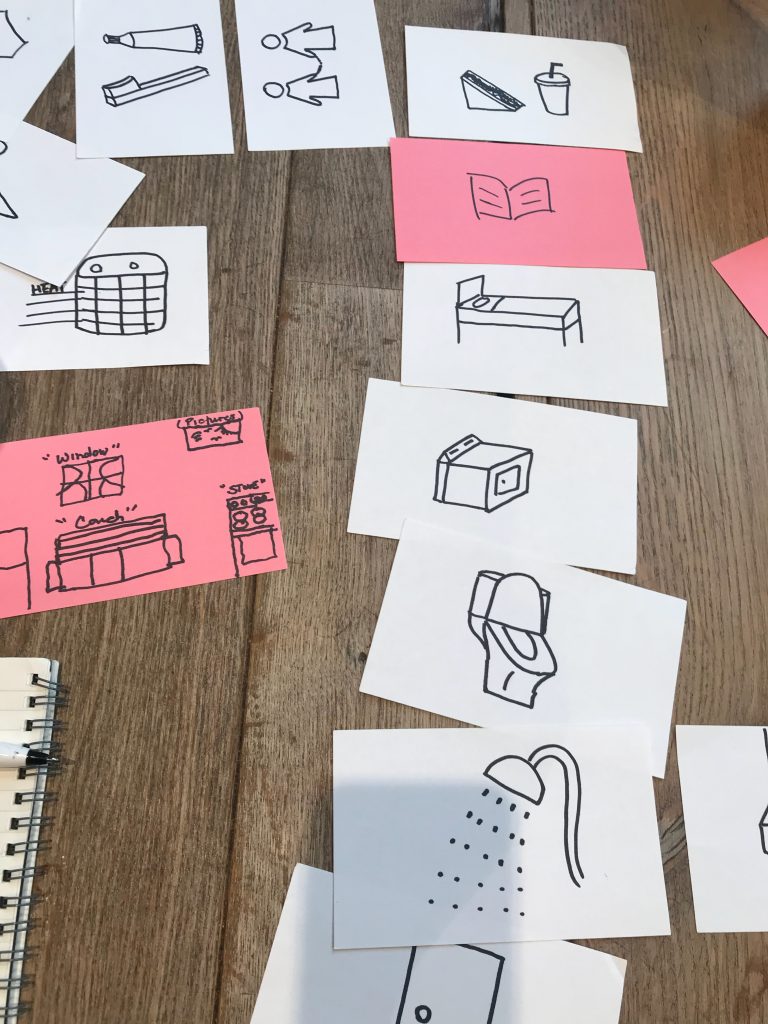 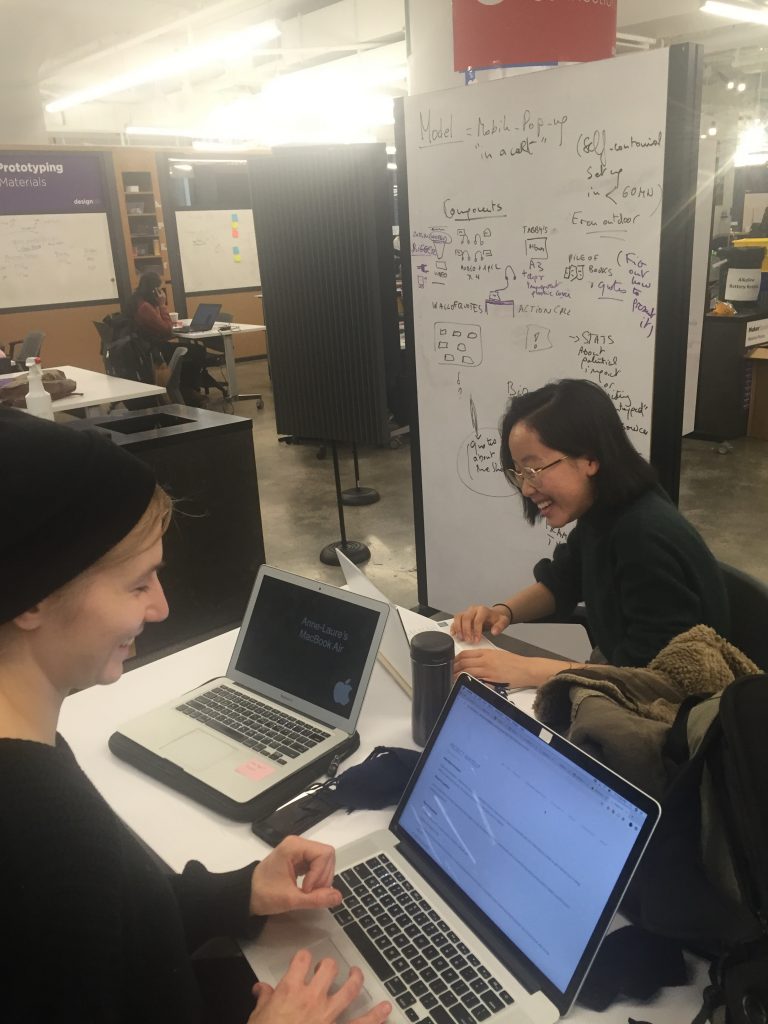 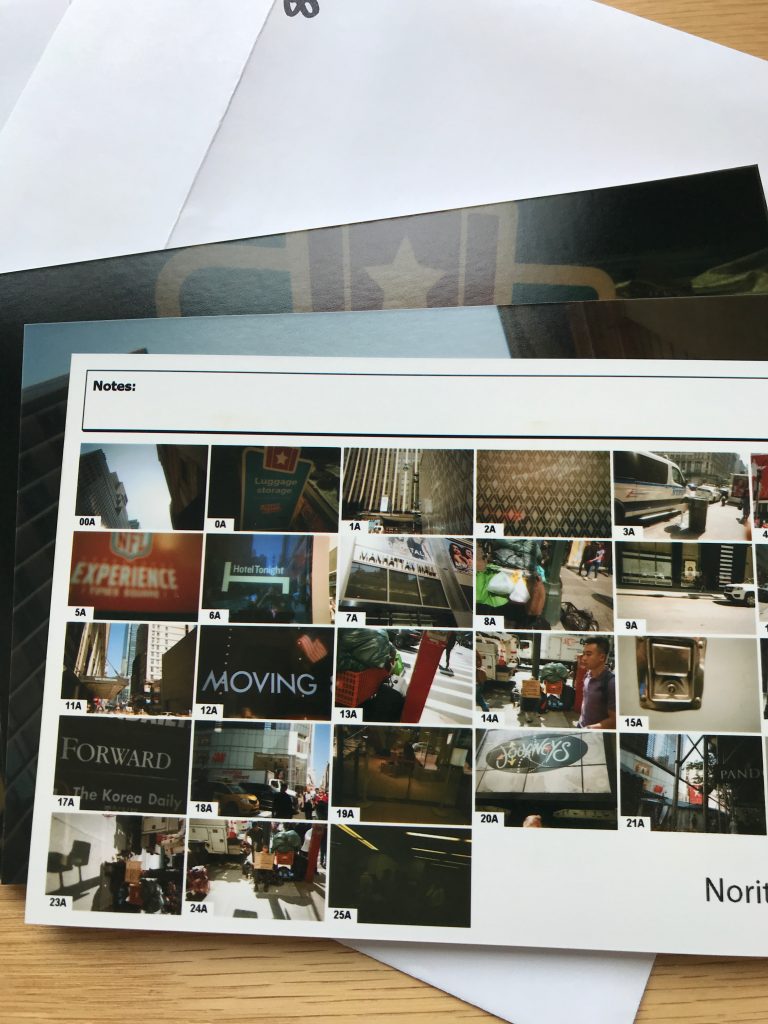 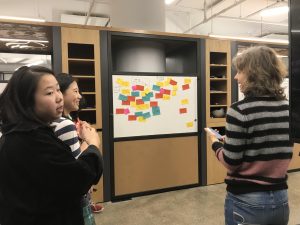