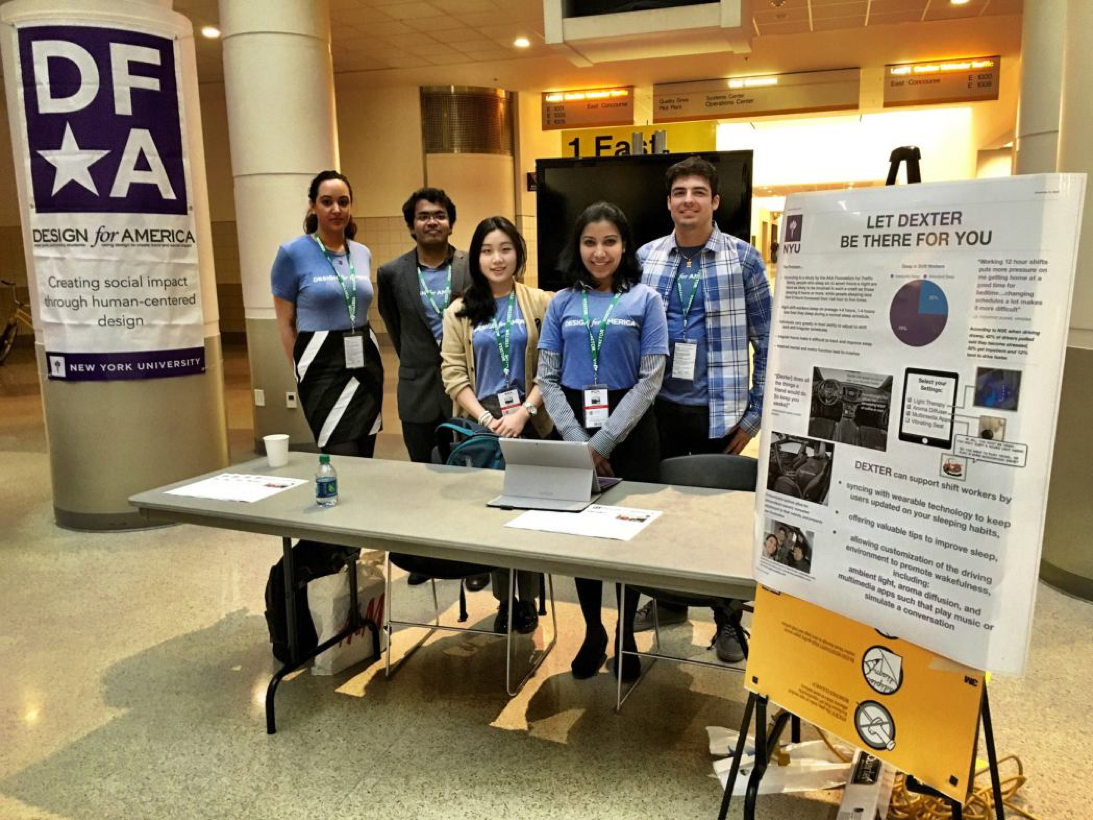 The American Academy of Sleep Medicine estimates that tired drivers contribute to one in five serious motor vehicle accidents, and in a recent survey of police officers conducted by the group, nine of 10 reported stopping a driver who they believed was drunk but who turned out simply to be fatigued instead. 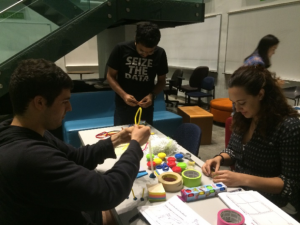 Driving while drowsy is obviously a pressing problem, and among those most prone to it are shift workers: people whose labors take place on a schedule outside the traditional 9 am to 5 pm day. Roughly 15% of full-time wage earners in the U.S. are shift workers, and the National Sleep Foundation asserts that they are significantly more likely to sleep fewer than 6 hours on workdays and to experience drowsy driving on a regular basis.

When officials at Fiat Chrysler Automobiles wanted to innovate solutions for the problem, they turned to Design for America (DFA), a nationwide network of interdisciplinary student teams and community members using design to create local and social impact.

NYU’s new DFA studio — comprised of members of what was formerly known as the Design Tinkering Club and advised by Professor Anne-Laure Fayard, their faculty mentor—eagerly stepped up for the challenge, whose overall theme is “Improving Driver Safety through Monitoring and Automation.”

In September, Krishna Namita Simha and the rest of her teammates (a mixture of students from NYU Tandon School of Engineering and psychology majors from the College of Arts and Sciences) began interviewing shift workers, whom they found by approaching the staff at 24-hour bodegas and other establishments and with the help of their professional mentor, Jay Grider, of Cummins, a manufacturing company based in the Midwest. (Namita had met the executive while interning at the company this summer, and he was happy to sign on to the project, calling in regularly to give the team advice and guidance.)

Some of what they heard during the interviews was disheartening; as people get older, shift work tends to get more difficult for them physically, and many cannot see continuing their jobs at an advanced age. More positive was the discovery that workers tend to have favorite methods for waking themselves up; for some, the smell of coffee was a welcome pick-me-up, while others found certain types of music did the trick.

Given the burgeoning popularity of personal health-monitoring devices like the Fitbit, the team reasoned, it should be easy for a shift worker to receive an alert when they were too tired to drive safely. What if information from the wearable device could be transmitted to a system embedded in the car that would offer personalized help: an aromatherapy session via air vent with the smell of freshly ground coffee beans, a specially compiled playlist of upbeat tunes  . . .

That futuristic-sounding solution is just one of the possibilities being explored by the DFA NYU team, which meets regularly via Skype with the elite group of other DFA teams that were also selected and with officials from Fiat Chrysler for support and brainstorming. (Another solution the NYU participants are considering is a traffic-monitoring system that would help a drowsy driver focus on what was coming up from behind or from the sides.)

In early December, teams will meet in person to present their final ideas and prepared prototypes. They’ll be ready, Namita asserts, although the drowsy driving project is far from the only one being shaped at DFA NYU studio. “We have continued the projects we were working on as the Design Tinkering Club, before we were honored with DFA designation,” she says. “Some of them are going very well, like the Bindi Project, which we are piloting with a Nepalese NGO. It aims to empower women in low-income urban areas by providing them with valuable information and soft skills to allow them to become leaders within their communities, and assists them in gaining their independence through knowledge and jobs. On a more local level, we’re also working to address the problem of food waste in New York City and considering developing workshops for K-12 students.”

Fayard is excited to see NYU become an official Design for America site and to watch her students’ latest project take shape. “Improving Driver Safety through Monitoring and Automation is a challenge that will allow students to really make a difference in the world and even save lives,” she says. “Human-centered design and interdisciplinary collaboration are keys to solving many of the complex problems our society is facing, and participating to DFA provides students a great opportunity to learn important skills, develop their creative confidence and most importantly develop innovative solutions that have an impact on their communities, locally and globally.”